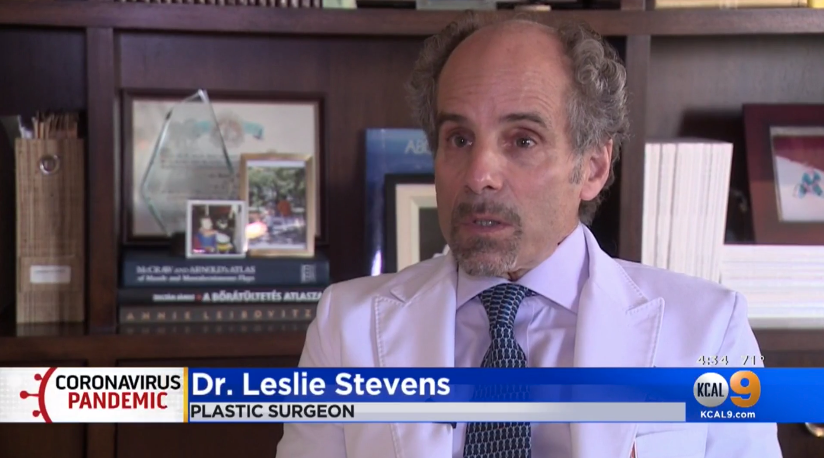 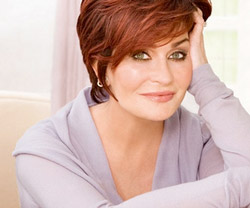 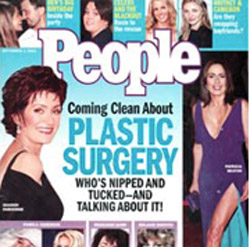 From Article on Sharon Osbourne:

“Recently my nipples were pointing south and I wanted them to point north. I called my friend, a surgeon named Leslie Stevens he’s done all my work. I’ve been there so often I request my own an anesthetist. I went into his clinic behind the Peninsula Hotel in Beverly Hills. Loads of people go there and come out with scarves and sunglasses on trying to hide and I just come bounding out saying ‘Guess what I’ve had done!’ I don't know how good your surgeon is; you can always tell. I was very happy with the results. Now my nipples point the direction I want: Everything is looking up!” 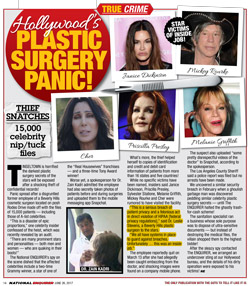 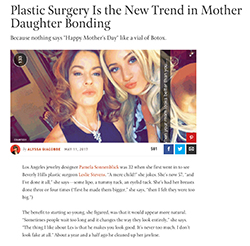 Plastic Surgery Is the New Trend in Mother Daughter Bonding

Because nothing says “Happy Mother’s Day” like a vial of Botox. 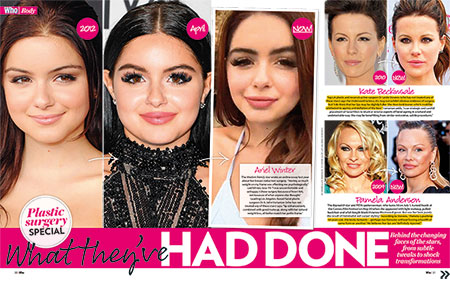 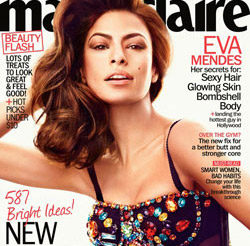 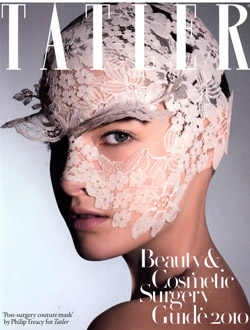 Postcards From the Cutting Edge 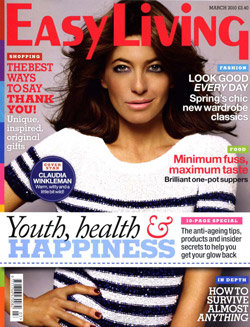 Does This Woman Need Plastic Surgery? 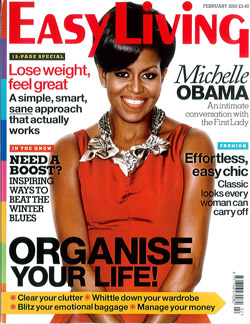 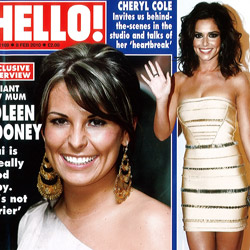 Because nothing says “Happy Mother’s Day” like a vial of Botox. 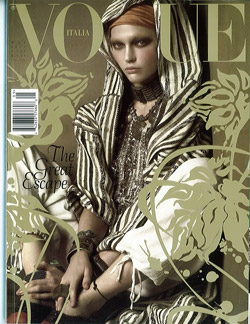 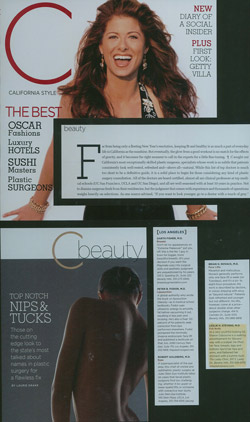 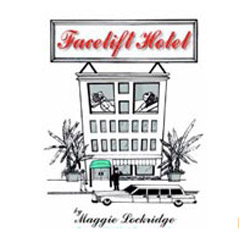 “Dr. Stevens has always been one of the surgeons I refer my liposuction patients to. He is the Master of the Cannula. I have no worry or concern that the suction cannula will be thrust only in areas of fat, not blood vessel or organ.” 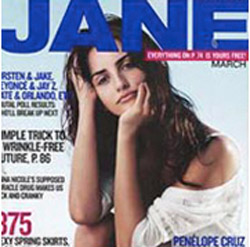 “Although Alex says his lawyer required Anna to sign affidavits testifying that shes never had lipo or gastric-bypass surgery and to the weight loss [she] experienced with TrimSpa there are plenty of people who doubt Anna’s slim-down. When you lose a hundred or more pounds, the skin can’t contract enough, says Beverly Hills plastic surgeon Dr. Leslie H. Stevens. Sure, it’s possible but it’s the exception. I wouldn't be surprised if [Anna] may have had surgical help.” 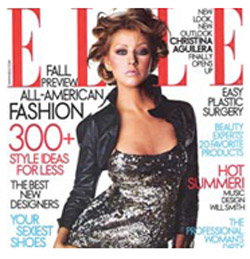 People often underestimate the power of a small change, Stevens says. The tiniest of adjustments to the nose has an incredible and visible impact on the symmetry of the face.” 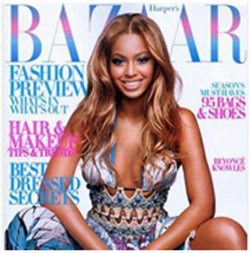 Plastic Surgery – How Safe Are You 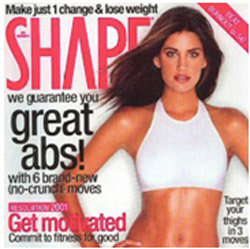 “Doctors call it ptosis (toe-sis); you know it as sagging breasts. The original surgical lift (mastopexy) left noticeable scars and short-lived results. But two new methods promise a longer-lasting, nearly scar-free pick-me-up. In the first, dissolvable mesh is stitched to breast tissue for a sling effect. In the second, breast tissue is looped through part of the pectoral muscle and stitched into place. Both require only an incision around the areola. One of a handful of U.S. plastic surgeons doing the procedure, Leslie Howard Stevens, M.D., of Beverly Hills, notes that it works best for minimal sagging. Though he has seen only excellent results, Stevens urges realistic expectations. Your breasts will never drop to the degree they did before, but gravity is persistent, he says. Cost: $5,000- $8,000 (and insurance doesn’t cover it). Jenna McCarthy.” 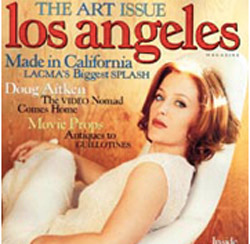 “THE PROBLEM A losing battle in the war against gravity. THE SOLUTION A mesh breast lift. WHAT IT IS A virtually scar-free alternative to the traditional nip-and-tuck.

WHAT IT CAN DO After removing a doughnut-shaped section of skin around the areola, the surgeon anchors breast tissue to the pectoral wall using a layer of dissolvable mesh. As the mesh dissolves, the body forms scar tissue, which acts as an internal bra, says Dr. Leslie Howard Stevens, clinical chief of plastic surgery at L.A.’s Cedars-Sinai Medical Center. The skin redrapes and tightens around the breast in a higher position. THE UPSIDE Results tend to last longer than with a traditional lift, and the areolar scar is practically invisible.” 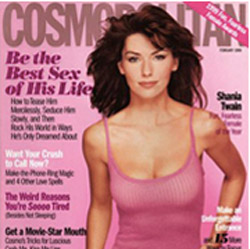 “But as much as I loathed my baggy bustline, plastic surgery wasn't a consideration. I knew implants could fill out and lift droopy boobs, but I had no interest in being bigger and just didn't like the idea of having something foreign permanently installed inside my body. The other option, a breast lift, was even less appealing. Then one day, I saw an article in one of my nursing magazines, about a new procedure called the mesh breast lift. The next day, I called Beverly Hills surgeon Leslie Howard Stevens and made an appointment for a consultation.

During that initial visit, Dr. Stevens explained that the procedure would involve making one incision around each nipple, through which he'd insert a supportive, dissolvable mesh sling under each breast gland to hoist it into a higher position. The slings would dissolve over the next 90 days, leaving enough scar tissue in their place to keep my breasts aloft. Then he demonstrated what my breasts would look like postsurgery by cupping and lifting them with his hands- and I was ready to sign on the dotted line.

I had the surgery on a Thursday morning, and it wasn't nearly as bad as I expected, but after, my breasts felt incredibly sore, bruised, and swollen. I couldn't see much, because they were wrapped in surgical tape (the tape, which stays on for two weeks, is there to keep your breasts immobilized while they're healing). Two hours after the procedure, I was sent home with a bottle of pain pills, I spent one day in bed, but by the weekend, I was up and around and, though still tender and swollen, I went back to work on Monday.

When the tape came off two weeks later, I was a little freaked out. The area looked puckered and lumpy, and I could actually feel the mesh under my skin. Dr. Stevens reassured me that my breasts were still healing and it would take several months before everything to settle down. He was right. Now, nearly seven months since the surgery, the mesh has completely dissolved, the skin looks firm and taut, and according to my very relieved boyfriend, my boobs feel as soft as ever. All those low-cut spaghetti-strap tops and dresses that were always off-limits for me are fair game. Now, everything's looking up!” 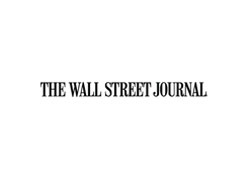 “Beverly Hills Surgeon Leslie Howard Stevens performs the procedure and says it's slow to catch on because of the steep learning curve for doctors. Bruce Cunningham, chief of plastic surgery at the University of Minnesota, said he doesn’t do it because It adds an unnecessary level of complexity. Houston surgeon Thomas Biggs, president-elect of the International Society of Aesthetic Plastic Surgery, says he prefers another new lift procedure that uses a loop of pectoral muscle as a sort Internal underwire. The technique requires an incision around the areola as well as a small incision toward the outside of the breast- A block of breast tissue is hoisted up, hooked through the loop of muscle and stitched into place. A study in the Journal of Aesthetic Surgery this month reported that nearly all of 1,521 women who had the procedure were satisfied with the result four years later; When a woman puts on a bra, she's pushing breast tissue upward, says Dr. Biggs, one of four authors of the study. Were doing exactly the same thing.

As with the mesh procedure, not everyone is a good candidate for the muscle technique. Dr. Biggs, who has performed the procedure about 100 times, says he only uses It on women who needless than 600 grams of breast tissue removed, so women with large breasts aren’t good candidates.

Doctors say neither procedure interferes with breastfeeding or mammograms. The downsides: Theres far less research on either technique than on traditional lifts and few doctors In the U.S. perform the surgeries. The cost is about the same as traditional lifts, which range from $5,000 to $8,000.

Women with mild sagging may be good candidates for other procedures that have less scarring and can be half the cost. Surgeons can lift the breast by excising a crescent shape of skin from just above the areola. Another procedure cuts away a swath of skin around the areola and uses a purse-string suture to pull the skin toward the areola. Manhattan surgeon Paul R. Weiss says that to reduce scarring, he sometimes performs a vertical breast lift, which uses a vertical incision. Other doctors say many patients are willing to put up with scarring because they just want to, look good in their clothes and eliminate bounce. Even so, they say, women should be realistic, because no procedure can defy nature permanently.” 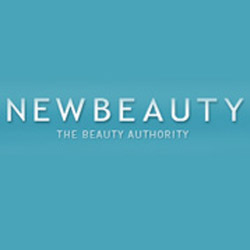 Celebrity Boob Jobs: Have They or Haven’t They? 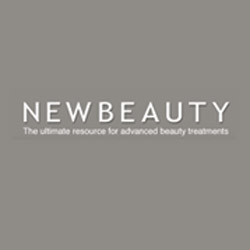 See Your Facial Injections in 3D 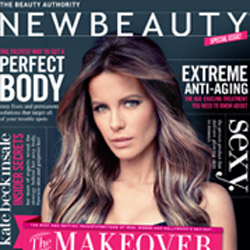 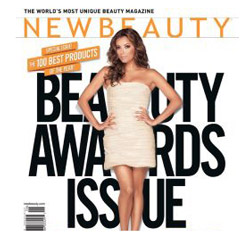 Before and After Breast Augmentation Feature