Leslie H. Stevens, M.D., FACS is a Board Certified Plastic and Reconstructive Surgeon in Beverly Hills. Dr. Stevens has been in practice at the Lasky Clinic for 22 years – cherry picked in 1994 to partner with Frank Kamer, M.D., FACS at his famed free-standing aesthetic surgical facility. The match-up with Facial-Plastic Surgery Specialists created an unsurpassed collaboration that would make them the go-to surgeons for many of the most famous faces and bodies.

Through this collaboration, Dr. Stevens quickly developed a reputation as one of the finest breast and body surgeons. However, he never allowed that affiliation to define him as merely a "body specialist.” His talent as a plastic surgeon became apparent and fostered his own facelift practice. He ultimately became one of the “it” doctors when Sharon Osbourne outed him as her surgeon.

The rest, as they say, is history, Dr. Stevens is consistently sought out for his expertise in not only primary surgical procedures, but also to perform revisions of breast and facial plastic surgeries. His honesty and low-pressure style combined with consistent natural results have contributed to his reputation as one of the behind-the-scenes and well-respected plastic surgeons in what is arguably one of the most competitive markets in the world.

ABPS Board-Certified Plastic Surgeon Leslie H. Stevens, M.D., F.A.C.S., has been practicing in the Beverly Hills area since 1988. His education and training were at Chicago Medical School, Cedars-Sinai Medical Center for general surgery and Boston University for plastic surgery (including The Lahey Clinic, University Hospital in Boston, and Massachusetts General Shriner’s Burn Center).

Dr. Stevens is also a former clinical instructor at the University of New Mexico, Albuquerque and the former Clinical Chief of Plastic Surgery at Cedars-Sinai Medical Center. 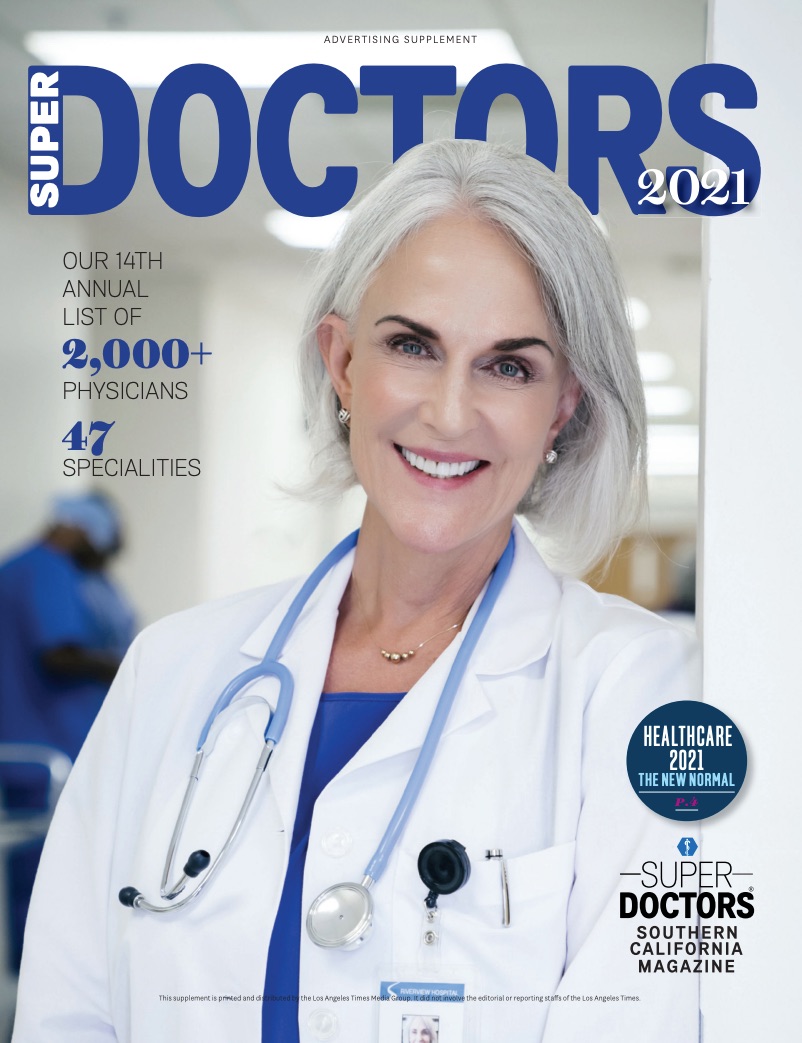 How It Works: From Nominee to Honoree

When compiling a list that’s as relied upon as our annual Super Doctors list, research is essential. We asked doctors to nominate colleagues to whom they would go if they or a loved one were seeking medical care. Next, candidates were grouped into specialties and evaluated on myriad factors, including (but not limited to) disciplinary history, peer recognition, awards and other accomplishments. Doctors who had the highest scores from each grouping were invited to serve on a blue-ribbon panel that evaluated other candidates. At the end of the process, only doctors who acquired the highest total points from surveys, research, and the expert physician review panel were selected to Super Doctors and Rising Stars.

Make no mistake; there are plenty of skilled doctors who provide excellent care to their patients that may not appear on this year’s list. However, if you’re looking for doctors who have earned the high regard of their peers, this list is a great place to start your search.

A life in the media

Dr. Stevens is committed to raising the bar in not only his professional life but also in his personal life. He and his wife are married for 24 years and reside in the Brentwood area of Los Angeles. Their son is completing his final year of university at Dartmouth College. They are both passionate skiers, going on annual heliskiing trips wherever the great snow may take them: Alaska, the Canadian Rockies or even the French Alps.

Dr. Stevens is an avid photographer having had his work published in the Los Angeles Times and travel brochures. On any weekend, you will find him on his bike with members of his local cycling club or driving through the hills in Malibu. He has accomplished the AIDS Ride a 500 plus mile bike trek from San Francisco to Los Angeles (while raising $7000 on his way), as well as riding the last 400 miles of the Tour de France that included the classic mountain stages through the Pyrenees.

Dr. Stevens and family have a passion for travel. Together they have visited 58 countries on six continents with their favorites being their times spent in Africa, especially on safari in Botswana and trekking for the great silverback gorillas in Uganda, and their trek to the Torres in Patagonia, Chile.

While many surgeons just entering the specialty relish in their education, recent training or a new spin on an already proven procedure, Dr. Stevens has the luxury of experience that defines him as a guru in his field. This experience comes from performing thousands of cases that afford any respected surgeon the acumen of seeing most every variable in the operating room. This insight translates to knowing what to do in any given case.

For every patient and every procedure, Dr. Stevens prides himself on providing a natural, more refreshed appearance. He feels the mark of a superior result is one that is balanced and proportioned with one's face and body. Because he believes that too much of a good thing can lead to exaggerated results, he often incorporates many modalities to achieve the perfect correction, including skincare, laser and body treatments available through the Lasky Aesthetic & Laser Center. His belief is that a good result should convey a look of subtle but noticeable change like a new hairdo, new make-up application or even weight loss.

“I strive to provide outstanding service to my patients, treating each one with the same level of considerate, comprehensive, and meticulous care with which I or my family would wish to be treated. My staff shares my dedication to treating each patient as an individual and respecting your privacy, your intelligence, and your time.”


When it comes to treatment with Dr. Leslie H. Stevens, “Les” is definitely more.

Getting started with Dr. Stevens

Dr. Stevens’ integrity demands that he only offer procedures he believes are truly in the best interest of the client and that honor their total well-being. For this reason, his consultation process is quite in depth, as he would like to get to know his patients in order to make the best recommendations possible.

The consultation process will consist of a confidential appointment at our beautiful office suites in Beverly Hills, Los Angeles. During this initial session, Dr. Stevens will perform a physical examination, a review of your medical and surgical history, and will begin to formulate a treatment plan geared to your specific needs and wishes.

Browsing our gallery of before and after photography is a great way to get to know Dr. Stevens’ work better.

He can also provide you with Vectra cutting edge 3D imaging so that you can see your results projected in advance accurately choose a breast implant size.

While it is not in Dr. Stevens’ nature to “up-sell” his clients, combining treatments is an excellent way to save both time and costs. If there is more than one cosmetic procedure that is of interest, do not hesitate to let the doctor know so that he can create the ideal package for your aesthetic issues.