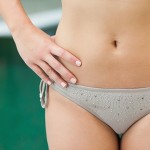 Vaginal plastic surgery, also referred to as vaginal rejuvenation, is comprised of vaginoplasty (tightening of the vagina) and labiaplasty (reshaping of the labia). In spite of the stigma clouding this procedure, it is one of the fastest growing with more than 5,000 procedures performed in the US in 2013, a 44% increase from 2012, according to the American Society for Aesthetic Plastic Surgery (ASAPS) and 114,135 procedures performed worldwide according to the International Society of Aesthetic Plastic Surgery (ISAPS)

The media and public have positioned vaginal plastic surgery as a procedure only undergone for aesthetic purposes based on unrealistic female images; in fact, there is currently discussion in Great Britain to have the procedure labeled as “genital mutilation”. However, this stance ignores the functional and psychological benefits of the surgery, particularly in increased sexual satisfaction. These procedures can correct the following issues:

During pregnancy, women carry the baby’s weight for nine months, which causes the muscles to stretch and the vaginal walls to become looser. This can decrease friction during intercourse which can lead to reduced sexual satisfaction. In addition, some women suffer tears during childbirth that leave scar tissue behind leading to severe perineum pain. This scar tissue can be removed during a vaginoplasty procedure decreasing pain during intercourse.

Labiaplasty reduces the size or changes the shape of the labia minora, typically making them smaller or correcting an asymmetry between them. Childbirth and aging can cause enlargement or misshaping of the labia, while other women are naturally born with enlarged labia. Women with enlarged labia might experience discomfort with: